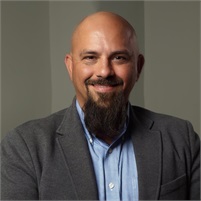 John graduated from Furman University with degrees in Political Science and Spanish and as a Distinguished Military Graduate from the ROTC Program. He was commissioned a Second Lieutenant into the US Army in June 2001. He served as a Tank Platoon Leader in Germany and deployed his platoon to Baghdad, Iraq as part of Operation Iraqi Freedom. While deployed to Iraq, John was promoted to the second-in-command of his tank company, and was awarded a Bronze Star Medal. After Iraq, John took command of a basic training company at Fort Knox, KY, where he commanded his company with distinction. John earned a Meritorious Service Medal for his six years of military service.

John began his career in financial services with Merrill Lynch, to which he was recruited out of the military. John is the founding advisor to Freedom Wealth Management. He dedicates his financial practice to working directly with fans and listeners of the Dave Ramsey Show as an Endorsed Local Provider. His heart’s desire is to teach people how to be better with their finances.

John and his wife, Mistie, have been married since 2002. They have two daughters and a son. John and his family live in Clayton, where they enjoy golf and going to the beach.

As a representative, John Pulleyn is licensed to sell a variety of investment and insurance products.

Freedom Wealth Management is dedicated to developing lasting relationships with all our clients. We believe in helping you assess your financial goals and participate in the management of your finances.

One of the benefits of working with us is our ability to provide clear, easily understood explanations of financial products and services. The personalized program that we can provide is a road map to working toward a more secure financial future.

We’re looking forward to using our expertise to help you pursue your financial goals. Click here to schedule your appointment to meet John today!